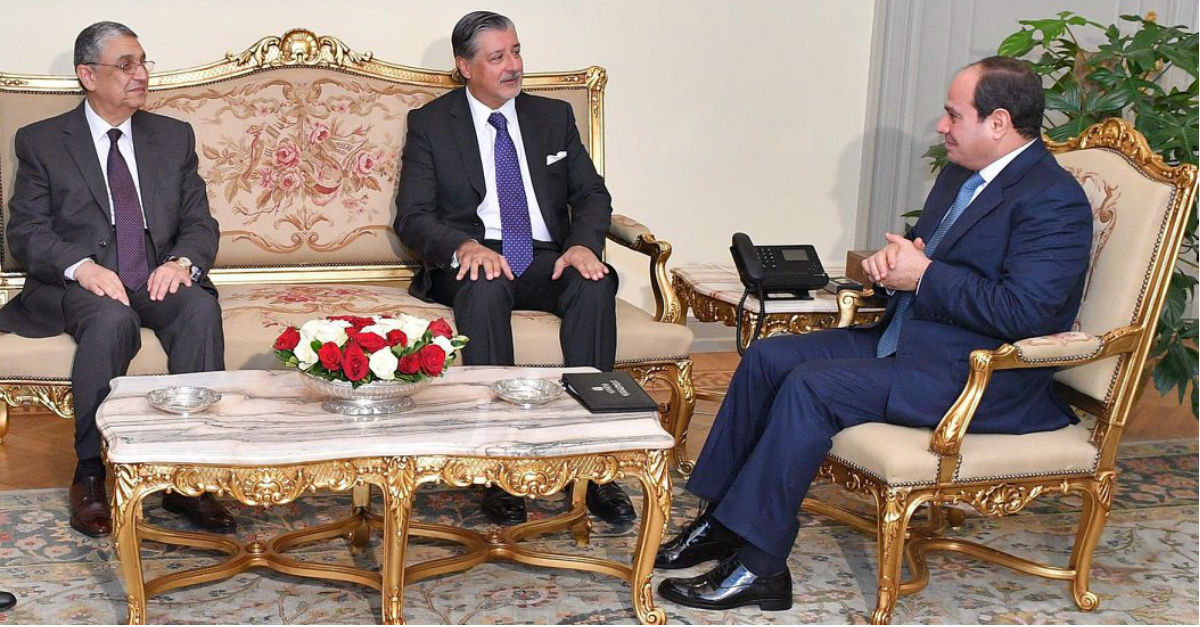 During the meeting, Director-General Amin and President Sisi discussed Egypt’s remarkable progress in the pursuit of large-scale renewable energy deployment and identified areas in which bilateral cooperation can be strengthened. President Sisi highlighted IRENA’s important role in promoting renewable energy across the world. He also praised the Agency’s efforts in encouraging sustainable energy pathways, in line with the UN Sustainable Development Goals, through stronger regional and national cooperation. The President stressed that major infrastructure projects, including renewable energy projects, are of the highest national priority in Egypt, and emphasized Egypt’s ambition to become a regional exporter of energy, including renewable energy, through grid interconnections with is neighbouring countries. Opportunities for further collaboration between Egypt and IRENA such as renewable energy resource assessments were also discussed. President Sisi underscored Egypt’s appreciation for Mr. Amin’s leadership during his tenure at IRENA. He also praised the Director-General for enhancing the Agency’s international standing and role, particularly in terms of supporting developing countries in their efforts to accelerate renewable energy deployment. The Director-General commended Egypt’s recent achievements in the field of renewable energy and the significant progress made under the leadership of President Sisi. Mr. Amin underlined that IRENA looked forward to strengthening cooperation with Egypt, particularly in the context of new findings presented by the Agency this week identifying the potential for renewable energy to account for more than 50 per cent of the country’s power generation by 2030. The two also discussed opportunities to support further deployment of renewable energy across the African continent. Egypt will Chair the African Union in 2019. http://www.irena.org/newsroom/articles/2018/Oct/IRENA-Director-General-meets-Egyptian-President-Abdel-Fattah-el-Sisi-to-Discuss-Egypt-Energy-Future